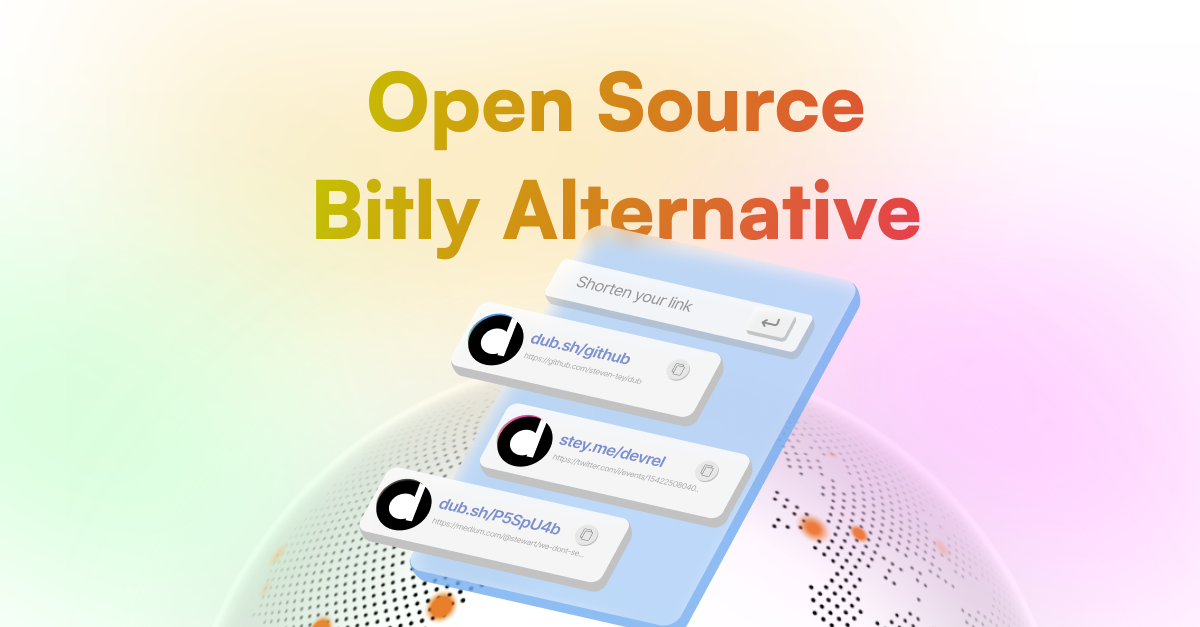 Here are some of the features that Dub provides out-of-the-box:

Dub provides a powerful analytics dashboard for your links, including geolocation, device, and browser information. 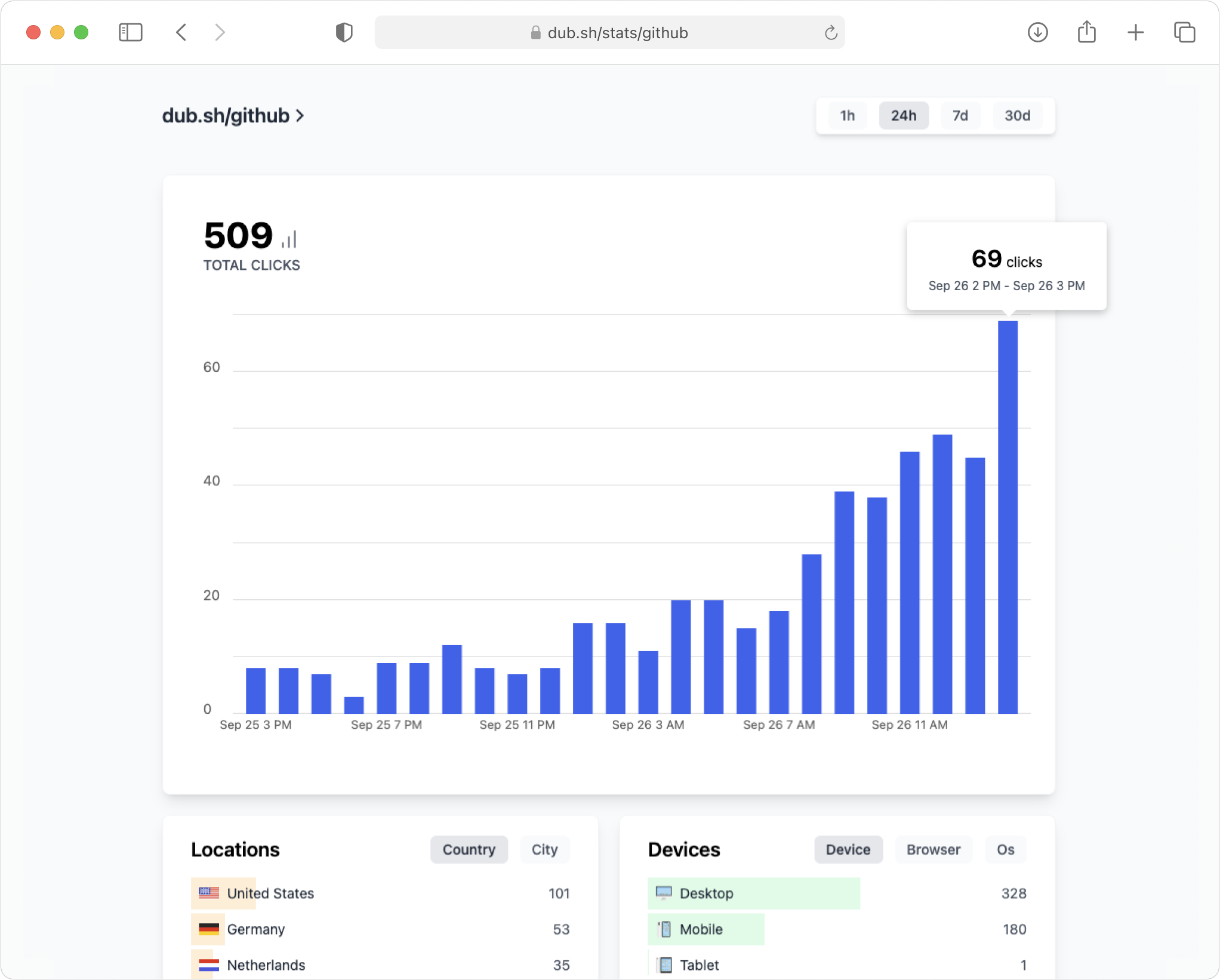 You can easily configure custom domains on Dub – just add an A/CNAME record to your DNS provider and you're good to go. This is built on the Vercel Domains API. 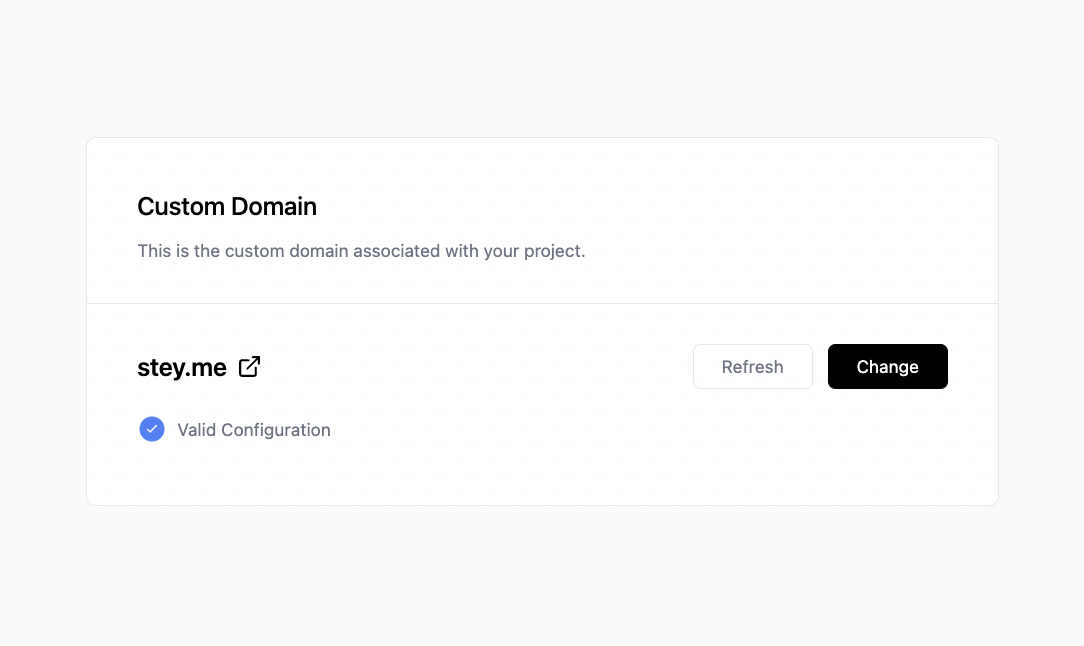 You can easily generate and customize QR codes for your links, which can be used for flyers, posters, powerpoint presentations, etc. 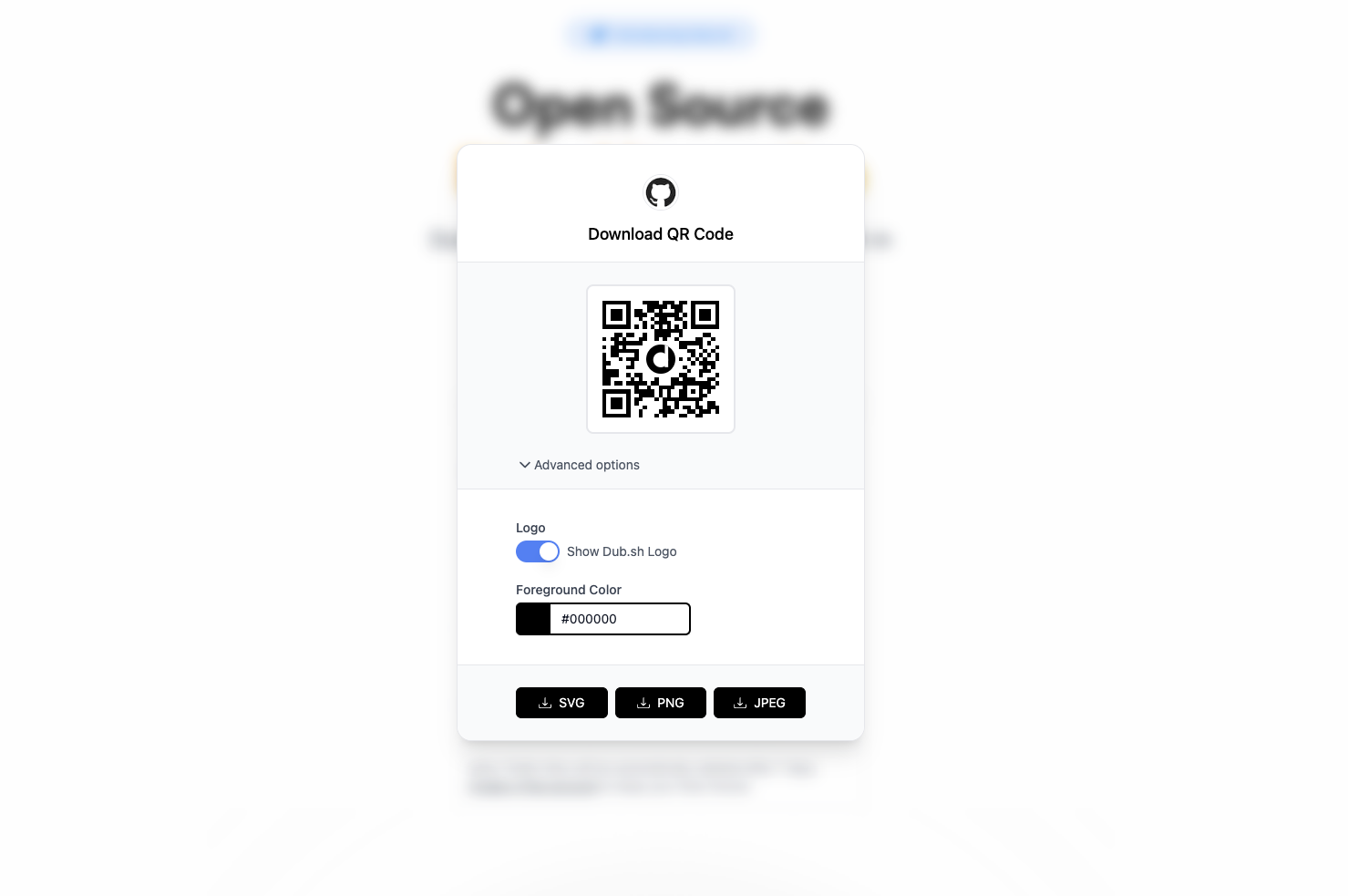 You can deploy your own hosted version of Dub for greater privacy & control. Just click the link below to deploy a ready-to-go version of Dub to Vercel.

Dub is built as a standard Next.js application with Middleware to handle multi-tenancy, inspired by the Vercel Platforms Starter Kit.

Redis is used as the caching layer for all short links. Redis also has the Sorted Set data type, which is perfect for storing & retrieving time-series analytics data. Here's the full schema:

MySQL is used as the database for storing user data, project data, and link metadata. You can refer to the Prisma schema here.

We love our contributors! Here's how you can contribute:

Inspired by Plausible, Dub is open-source under the GNU Affero General Public License Version 3 (AGPLv3) or any later version. You can find it here.